There were so many ups and downs in the last 365 days of my life.  It ended up being a great year in the second half.

First part of the year was a downer.  I am not going to hash out the specifics here, but I had a falling out in my living situation which rippled throughout the year.  I'll leave it at that.  In the first few months of 2015 I almost bought a house, but it all fell through when I wasn't happy with the inspection results.  I have never pursued home ownership before, I was not prepared financially, nor informed on the process to make a sound decision.  It was a pretty big bummer, but it all worked out for the best.  Everything happens for a reason.

Another downer in the first part of the year was a relationship with one of my ex's.  I still had feelings for her, which made it hard to hang out.  She was planning on moving out of state for the first half of the year, which made it harder and harder on me, to point of a breakdown.  Part of me still wishes she would have left, but we've settled as friends and I am okay with that now.  It's weird sitting across from someone that you used to love, because most of the time when relationships end - the contact with them does as well.

Work was rewarding but really hard in most of 2015, with my commute out to the Sarasota/Manatee area.  It's the better part of 2 hours ONE WAY, and I was making that trip several times a week.  Many nights were spent in hotels away from home, but it came with the job at the time.  It was really hard, and contributed to a instances of me being completely burned out.  It was a situation that couldn't be helped based on our coverage, and now it is so much better.  I now teach in Winter Haven, Lakeland, and Tampa for the most part, which are all 45-60 minutes away.

Needless to say, the first part of the year was a complete wash.  I was a mess.

At about the midpoint of the year, my perception about my job had changed.  When I first started as a Trainer for the MFRMLS in February 2013, I carried around a lot of arrogance.  I wanted to be the best trainer on the team and it was all about ME.  After a while I lost interest in that, and received much more fulfillment being part of a TEAM.  In a short span we lost about half the training team, and had to replace them.  I really liked stepping in to make sure the new team members had everything they needed, and tried to help them as much as I could.  I get so much more satisfaction from the TEAM doing well than any personal recognition.  I am nothing without them.  Maybe this is me growing up a bit, but there is things in my career that are bigger than myself.  Nowadays they are like my second family.

I absolutely love my job, my team, and my company.  It has changed my life so much and I will forever continue to be thankful for the opportunities it provides.

The second half is where things really started to get interesting...

Socially I've mostly been on my own this year, which I am okay with because it forced me to get out of the house.  I also cut loose a lot of the anchors in my life.  I used to keep people around just for the sake of having some sort of connection.  I started deleting phone numbers, unfriending people, etc.  I went back to my old motto - "If someone isn't adding something to your life, they are just subtracting" which has served me well.

In late summer, my friend Courtney and I decided to start HauntScene.  We were both huge fans of Halloween Horror Nights (We met at the 2013 version).    After a lengthy period of picking the name (That was the hardest part) - we got the website and social media up and running.  The live portion was called HauntScene Radio, which ended up running throughout the season for 10 episodes.  We had some audio issues in the first episode, but after that it went pretty smoothly.  It was stressful at times, but we ended up doing pretty much every haunt in central Florida.  We met all kinds of great people from the various haunts.  Eric, Robbi, Dan, Mike, etc.  - all awesome people.

It was a learning process, but every week seemed better than the last.  I designed the layout and graphics, and produced the show live.  All of our episodes can be found on our youtube channel.  Considering that we started from nothing, I would consider the show a success.  The scope of the show was WAY beyond anything I had been involved with previously.  We have a decent amount of fans/followers/likes and I am hoping that we can continue for season 2 in the fall of 2016.

The haunts season was amazing in September/October.  Halloween Horror Nights 25 was EPIC.  I went every single night that I could go on my pass and the employee preview.  So that was 25 nights I spent at universal, and we also went out on 5 nights to do other various haunts.  So in a span of 45 days, I was out 30 of them.  We met all kinds of people and had a lot of fun.

Soon after we wrapped up with the infamous "Drunk Edition" season finale, it took a week or two to get back into the normal operating schedule of my life.

In the last part of the year I took a quick trip home to Michigan the week after my birthday, which is also the week before Thanksgiving.  It was really nice to see my family.

It was right around this time that I starting hanging out with Ana. 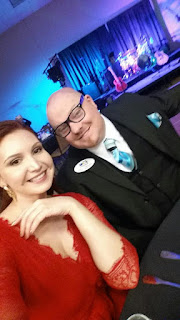 She works at one of the associations that I teach at.  I have no idea at this point if anything in going to come of it, but we've been hanging out for the last few months.  Early on I realized how much of a downer I was (I guess you never seen how hopeless you carry yourself until you are bouncing it off of another person).  She made me want to be a better person.  Hell, it was a victory for me to WANT TO want to be a better person.  She deserves better than who I've been.  So I've been so much better.  SO MUCH BETTER, and I am thankful to her for being that catalyst for that.

She's so beautiful, and has me smitten in a way that I no longer thought was possible.  She has put color back into my life.  Ana has made me start to focus on the positive.  I say this, but I have mitigated expectations as far as the prospect of a relationship.  Especially with the last few days, I have no idea where any of it is headed, but I value her friendship.  If she just came into my life just to snap me out of cruise control, I will still be forever thankful.  I miss you, Ana.

I've always been at my best when I have a beautiful woman to inspire me (Or destroy me).

I have spent so long just existing in the past 5-6 years, not really living.  I feel alive.

In early December, I started shopping for a house again (My lease is up in March 2016).  Sean Ferguson (My awesome realtor) found one in Davenport that is going to save me an hour on my commute a day, is centrally located, and most importantly - that I can afford.  I am really excited about this and I will hopefully be closing on February 3rd, and moving out of this place soon after.  I am much better prepared both financially and intellectually this time around, and so far everything is looking good.  Loan is approved, inspection was good, I have settled on the insurance.  Now I am just waiting for a few things to wrap this up.  I am really looking forward to moving and being beholden to no one. 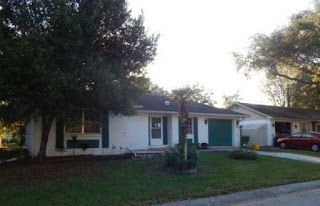 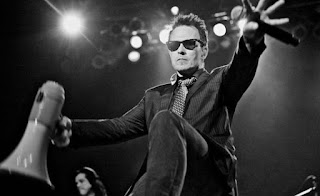 The reason I bring this up is that he was my favorite frontman/singer.  Thankfully I got to see him live with Stone Temple Pilots, then later on Velvet Revolver, and finally with his own band in the last year or so.  Fun fact - the only time I have ever sang karaoke live was doing "Sour Girl" by STP.

From what I've read it doesn't seem like he was necessarily a good person or father, but creatively he will always be one of my favorites.  We all have our demons and I can relate to him channeling some of that creatively.  I hope he finds some peace in wherever he is now.

#1 - Lose Weight.  Not having the desire to cook at all in the apartment and being on the go so much took its toll.  That will change when I am in my own place.  I want to start eating better and taking better care of myself.  I think Courtney being around will help, she has done a great job with it.

#2 - Be Positive - I have really made a conscious effort to improve my outlook, and it has affected me greatly in the last few months.  I've recently gotten a promotion, and I want good things to continue.

#3 -  Take the next step - 2015 ended up being a year of preparation.  I saved some money, I changed my perceptions on life.  I am hoping to build on the end of this year going into next.  I'm ready to move on.  I've been ready to move on for years.

#4 - Do something creatively.  I only wrote ONE thing in all of 2015.  Maybe I've lost the ability to write, or I just haven't been inspired.  Maybe creatively I just changed gears from doom and gloom poetry to something else.  I'm not used to drawing on anything but strife.

I would love to get involved in another show of some sort talking movies and shows, because I truly do miss it.  I guess we'll see what the future brings.